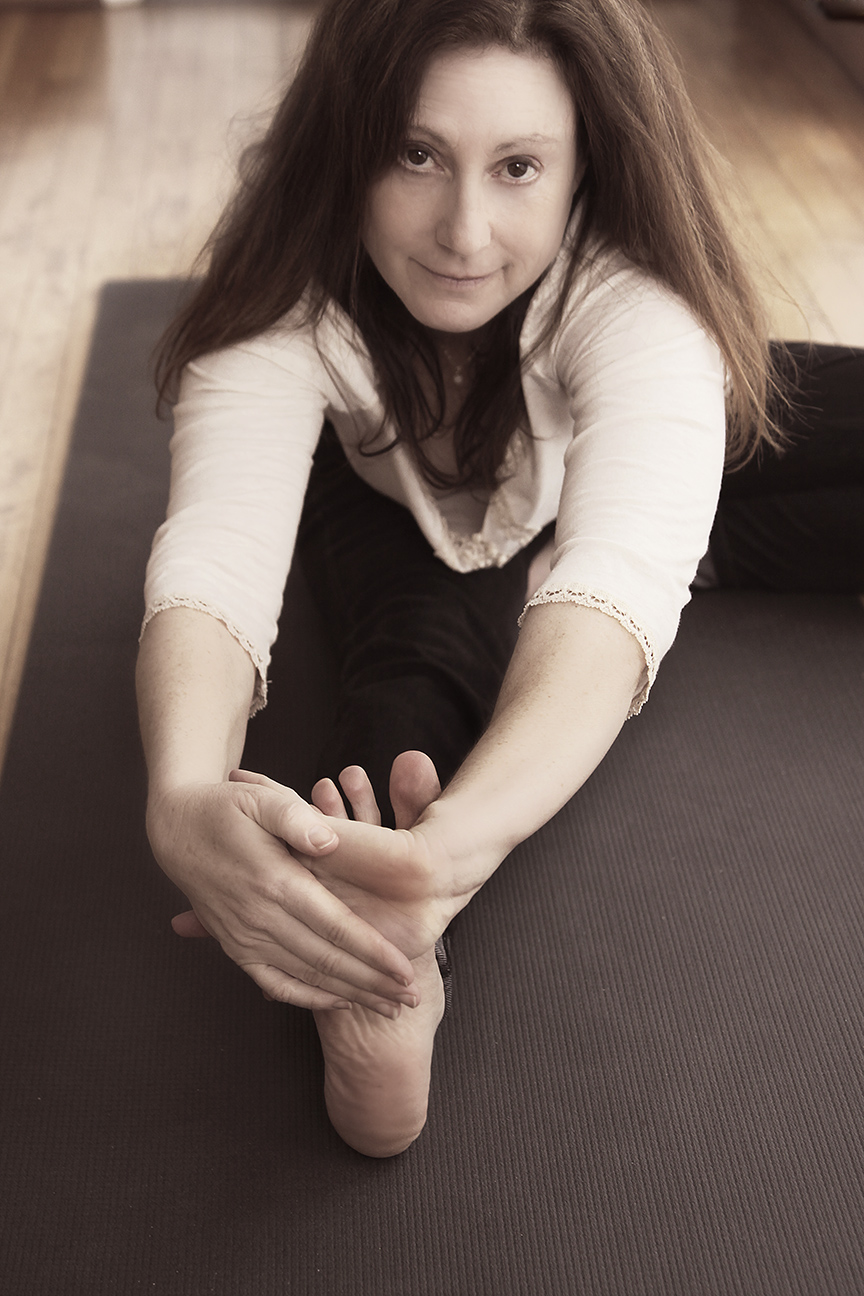 Serge St. Juste for the dance

Diana Lang for the inspiration and meditations

Bryan Kest for the power in Power Yoga

Rodney Yee for the poetry in motion

K-Lea Gifford for the light on Iyengar

Dr. Joshi for the taste of Tantra

Continue moving the goalpost of yoga as an innovator. I have accomplished milestones and many “firsts” deconstructing and reconstructing yoga making it relevant to people in all walks of life including the Tennessee Titans, Nashville Predators , the greater community of Nashville and the international yoga community as a leading  author. I have influenced athletes, vocalists, musicians and writers on the blogosphere with my tactical work in the field and the written word that is outlined in the “long version” below. I am a yoga educator.

To Enrich Physical and Mental Health

Increase the application of yoga to enhance human function and ease for those with good or compromised health. To address a deficiency in attention.

To make the philosophy that imbues yoga comprehensive and relatable to contemporary life.  To direct the student’s attention to the effect of individual habits and manner. To observe the implications of those behaviors.

The Short Explanation, Keeping it Real in the First Person

I am a veteran yoga professional with a flashy yoga background that reveals a personality changing a city and shaping its high profile players. I got national media attention and I’ve shown you that on the “Buzz” page because I earned it and it may mean something that helps you feel comfortable to seek me out. It has shaped my career. I’m in the third act of a long career. It has taken this long to trust myself beyond the accolades and accomplishments. Though I still enjoy them, they have become the background as I continue to enrich my work.

I have been merging separate modalities of movement as healing techniques into the yoga from the beginning. I am aware that this work is powerful and has application for both children and adults, healthy and ailing, athletic and academic. My experience includes work with soft tissue injuries, skeletal misalignment and breathing dysfunction. I am currently exploring the benefits of soft roller techniques to fine-tune and charge the body. For the last few years I have engaged myself in art as a means to better attention. My work is scattered about this site. By the time you read this I will have found another key to help you with your experience of yourself. I invite you to join me. 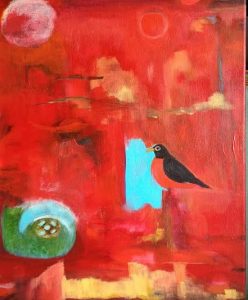 The Long Version as the Third Person

Hilary Lindsay is recognized for her innovative approach to yoga that introduces ground breaking methods for students to integrate movement, mind and breath. She is known for her ability to reach students with descriptive and deliberate teaching that addresses each individual before her. Her method fills in the blanks for students and teachers of yoga alike.  Her work is a culmination of studies in physiology, physical therapy, psychology, kinesiology, anatomy and philosophy and reflects her teachings of body mechanics, meditation and intuitive movement.

Her intention is to enhance the student’s sensitivity to relationship. Her writing is an extension of her teaching.

Teaching yoga and movement became a full time career in 1992.She has been covered by popular magazines and television shows, created celebrity yoga videos and continues to work for a variety of publications as a yoga expert. She is known for her personalized work with renowned clients, her inspired instruction in teaching workshops, an enthusiastic and down to earth approach in group classes.

Hilary created and implemented a yoga program in 1999 for the Tennessee Titans which was the first comprehensive program in the NFL. She was the first outside coach to work with the team. Hilary trained Eddie George, Running Back for the Tennessee Titans, in 1998 throughout his career in football. She appeared with him in “Newsweek” and “Sports Illustrated” and choreographed the yoga workout in his EGX Fitness video. Hilary was featured with Defensive End Kevin Carter of the Tennessee Titans on the television shows “ESPN Monday Night Football Pregame Show” and Fox T.V. “Under the Helmet”.

Hilary broke ground implementing the first appointed yoga program in the Nashville YMCA system. From her initial class that she insisted be recognized and credited as Yoga to a once yoga phobic organization, that corporation now offers thousands of yoga classes a week.

She coached members of the Nashville Polo team.

Hilary is featured in the book Real Men Do Yoga.

She’s worked with local businesses including the staff of WKRN to reduce stress in the workplace.

She introduced veterans to yoga at Operation Stand Down in Nashville.

Faith Hill credits Hilary with getting her back into shape after the birth of her youngest child. Keith Urban, Raul Malo, K.T. Oslin, Vince Gill, Amy Grant, LeAnn Rimes, Tipper Gore, and author Elaine Pagels are among her well known clients.

She is the yoga coach for the Vanderbilt University football team.

Hilary maintains the yoga tradition that one on one attention is optimal for any student; particularly for those with who need to address a specific skill set, require discretion or have time constraints.

Hilary is a writer whose work can be found at bitchinyoga.wordpress.com. Her dedicated yoga writing can also be found on the Lab Notes page of this site. She is the author of “Yoga in America”, published 2009.

A selection of her videos is shared at Youtube under Active Yoga Inc.

Hilary continues the majority of her work as a personal coach and workshop instructor. Hilary won national recognition for her unique approach to yoga with the 2001 calendar she created with photographer husband Rob Lindsay, “Rebel Yogis, A Celebration of Students”.

The poses reflect each student’s walk of life…. as yoga should. 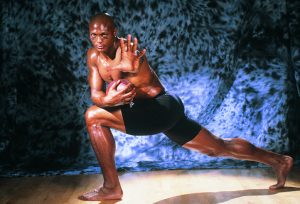 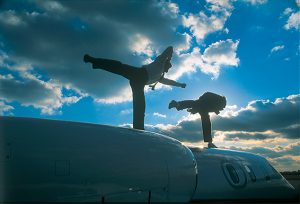 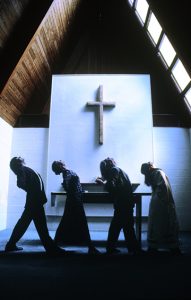 Hilary is an E-RYT 500 with Yoga Alliance. She is a certified 2nd degree Reiki practitioner.

The experience of a decade long career as a commercial film producer and executive producer in Manhattan and Los Angeles created a natural transition for Hilary to work comfortably in the corporate world and with high profile clients. Hilary was certified in 1986 to teach Bjorkman and Martin’s method in N.Y.C., which broke new ground in the field of somatics educating students to integrate left and right brain functions through a challenging combination of dance patterns, yoga, and Pilates. Hilary’s studies in modern dance at The Alvin Ailey School, Haitian dance with Serge St. Juste, and her personal study of yoga enabled her to begin her development of a novel synthesis of movement. She would later add studies in Feldenkrais Awareness through Movement, Breema and body work to that mixture. She introduced the fusion of music, dance, and yoga in Los Angeles with a unique method called the Bodymind Workout in 1988. In Los Angeles Hilary studied and took her teacher training from yoga and meditation teacher Diana Lang, who was trained in the Iyengar method. As an early student of Power Yoga originator Bryan Kest, she was inspired to develop a groundbreaking yoga flow style, marrying music with her dance background. Similar styles would later evolve in the yoga community described as Vinyasa and Bhakti yoga. Diana’s visualizations and thoughtful asanas have a lasting influence in this work. Hilary maintains her training with continued education from senior Iyengar teachers among others. She was introduced to her current practice of Transcendental Meditation as a college student. 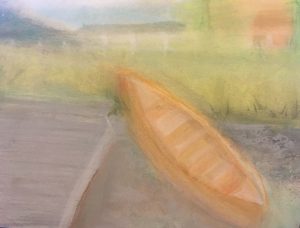