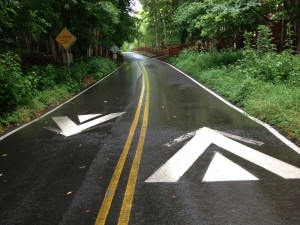 The first solitary foray into the wilderness

The awakening of a budding teen

The first trip to a foreign land

The promise of peace

A step toward the truth

The struggle to be creative and the fight to be competitive

The running of the bulls

What your friend did to lose weight

The sweetness of Satchidananda and the sternness of Iyengar

A traveling circus of superstars

The video on the television set of the Kansas farm wife.

The workout of the suburban housewife and the Hollywood star

An option on the fitness menu at The Golden Door Spa

A small class at the community center

Offered in rehab and at the local church

The innocence of the unsophisticated offering obeisance to the cloth

An ingredient tossed into aerobics and strength training classes

An escape from stress

A chance to improve

Used to be patchouli and now it’s nag champa

A step toward enlightenment

An open marriage with secret resentments

The Age of Aquarius in the time of the Kali Yuga

Invisible things happening as you watch your body change

The Unitarian partnered with the Evangelist

A cup of Starbucks before class and a cigarette afterwards

What you do Friday after work before cocktails

Heralded by revolutionaries and captured by entrepreneurs

A third world understatement into a new world phenomenon

The exploration of a perfectly balanced universe

A haven for the insecure and a stage for vanity

A studio you keep tidier than your own home

A copyright, a series, a chain store

Popularized by Hippies, carried forth by Yuppies, and embraced by the masses

Validated by The Beatles

Originally a philosophical approach, then a physical means to well being

On course to reclaiming its philosophical approach with a physical practice

Why does Yoga in America have such diverse expressions? How is it that people who would not appear to have much in common cross invisible boundaries to enter common ground? What is the nature of the tie that binds us together in this endeavor?

America is a young country. Americans look for God, for the meaning of life, in an earnest way that is unlike the populace of older countries who either take these things for granted or have a common religious philosophy as the general doctrine. America is like a child in her formative years soaking in the world before she has formed a filter. As Americans we are headstrong and innocently reckless. We grasp for shiny objects. We are the center of the universe. We need to be the best. We are exhausted and we don’t know when or how to stop. We want to be loved.

At the same time we are competitive. We are insecure and vain. We want to be good. We want to be admired– observe the popularity of Power Yoga classes in their many styles.

At the same time we want safe and clear borders–observe the popularity of Iyengar classes.

At the same time we want friends and community and we want to be loved–observe the popularity of Anusara classes.

Americans share these human qualities in abundance, so we frequent a variety of yoga classes to meet our different needs at different times. We also want to know who we are and it’s not that obvious as the country changes faster than we can keep pace. As we are like a small child without a filter, we are also like an adolescent with growing pains. We are part of a changing picture. We embark on spiritual journeys with enthusiasm to make sense of things. Yoga has become a means to approach life with a philosophy that is acceptable to many especially because it doesn’t require a dismissal of one’s religious background or religious practice.

When I began teaching yoga in Nashville about 15 years ago, the teaching of Yoga was limited to a couple of individually operated Iyengar studios and a small number of teachers offering classes in offbeat places. I had come from L.A. where a fellow named Bryan Kest was making a name for himself teaching what he called “Power Yoga”, an exciting new approach based on Ashtanga. I had come from the dance world and had been teaching a class combining dance and yoga. I carried the inspiration of Bryan’s work to Nashville and taught my version of Power Yoga to people who had never experienced much if any Yoga, and all corners of the population embraced it.   I also found them eager to be offered a philosophical approach to the physical practice which surprised me because Nashville as the buckle of the Bible Belt is steeped in Christianity and I thought that my approach would be too radical. I was wrong. Here where there is so much energy directed toward the discussion of God and purpose, the inquiry was larger than discussions in individual congregations. That has led to an open hearted and open minded group of yogis which has grown to include hundreds of teachers, many diverse studios, and the long overdue change of the class title “Stretch and Flex” to “Yoga” with my class at the YMCA.

Why is there such a dramatic rise in all things Yoga in America? The answer may be in the accessibility of the first two limbs of Yoga. The social restraints and ethical observances of yoga, the yamas and niyamas, serve as guidelines for conduct that can be experienced immediately without any intermediary, in the very actions and reactions expressed in the postures. At a time when Americans are waking up to a shared belief that we need to find equilibrium, to reassess our priorities, to face up to our effect on the rest of the world, to balance the desire for prosperity with the desire to remain healthy, many look to Yoga to put things in order. When the restraints and observances are the basis for our postures, what we learn through our bodies becomes a metaphor for the effect of individual actions on the whole. We may experience this awareness on a conscious or subconscious level depending on the depth of our individual practice; however, what is often recognized as “mindfulness” serves us well on any level.

When we practice asana we work on various parts of the body for the good of the whole. This correlates to the yamas: the nonviolence of ahimsa; the truthfulness of satya; the respect for the integrity of others which is asteya; the respect to oneself that is brahmacharya; the resistance to the allure of sense and memory that is aparigraha. The yamas inform our whole practice: the way we consider that doing injury to oneself for the sake of the pose is wrong; the way we consider that dishonesty about our abilities is a disservice to our self; the way in which we do not want to create a dependence by being too charitable; the way we do not sacrifice the body for the sake of a “successful” limb or steal the health of one part of the body for the glory of another; the way we consider that overexerting ourselves or pushing where we don’t belong is wasteful and obnoxious; that coveting a pose because we had done it or seen it done before is arrogant and insensitive; and the awareness of countless grey areas requiring extreme sensitivity which comes with practice.

According to Patanjali’s Yogasutra , the second limb of Yoga known as niyama describes the conduct of people living within their own sound architecture. Niyama affords us the opportunity to get into oneself, to enjoy oneself through the contentment of santosha, the bright clear spirit of saucha, the energetic drive and desire to work that is tapas, the emotional space to be introspective that is svadyaya, and the surrender of Ishvara-pranidhana which allows us the peace to accept life as it is.

The ethical limbs of Yoga allow us to experience ourselves both as a collective and as individuals. The yamas allow us to reap the fruits of our intentions both in asana and in life. The niyamas give us the opportunity to tune into a universe that reflects us in our best moments—meeting the people we are beyond our personalities, before our experiences shaped us. The integrity inherent in the independent practice as well as the collective conscious resonates with us Americans as it is the basis of our philosophical spawning ground.

We know that violence, dishonesty, stealing or grasping for glory, insensitivity and arrogance, exerting too much control or taking over responsibility for able people as to make them weak has destroyed nations. Implicit within the philosophical DNA of our country is our inheritance from the English philosophers John Locke and Thomas Hobbes, who popularized the notion that man needs laws to protect his goodness as well as to protect him from himself. Our concept of individual happiness was predicated on social restraint. One does not come without the other. The founding fathers took measures to ensure Americans a basis of government that would avoid self-destruction, and laid that design out in The Declaration of Independence. The life, liberty, and pursuit of happiness that Americans believe is their birthright comes with the same discipline of self-restraint outlined in the first of the eight limbs of Yoga as described by Patanjali thousands of years ago. Given that underpinning, no wonder that Yoga resonates with modern Americans! We share the basic assumption that when the community is healthy, the individual has the opportunity to pursue happiness.

Americans live in an uncharted territory in uncertain waters. We look different from each other, speak different languages, and come from different backgrounds, different countries. We have many different governments within the U.S. government. We keep expanding, with technology rapidly changing our interactions, our communication, our trust or distrust of each other. We are pressed to evolve more quickly than our parents or grandparents to balance progress with the safety of the planet. Parents are vigilant watching for predators and drug abuse. We are assaulted with information that tells us we can look better, feel better, and measure up, if we just ante up. And we expect ourselves to set the standard for many things, for the rest of the world.

Within that context, the simplicity of paying attention according to the guidelines of thoughtfulness, kindness, and integrity toward self and others, free from the bait of Heaven or the threat of Hell is a welcome beacon to many of us. Add the physical component that exorcises through exercise many of our restless demons as well as the rehabilitative and restorative benefits and you have in Yoga an essential tool for any American household.